We still can’t open… nor can we do Takeaway/Collections.

So we’re back to our pre-Christmas opening times:

Make your order online and we’ll deliver – if you’re in Marple, Marple Bridge, or within a couple of miles. If in doubt, give us a call.

As a special treat for Christmas we’ve partnered with the Wincle Beer Co to present their lovely bottled beers in presentation/gift boxes.

On sale now in our Online Shop.

The boxes include 4 different beers from their range.

We’ll deliver (locally) or you can collect from the bar – you choose.

Buy here in our Online Shop.

Our last Seasonal beer of 2020 continues our focus on delicious dark ales this lightly smoked porter is a warming, rich and full flavoured beer, guaranteed to be a fireside pleaser

Beerspiration: Take the (steep in places) climb to Hanging Stone from the brewery and take in the awesome view of our 3 surrounding counties – the Moors and Roaches of Staffordshire, Shuttlingsloe and the plains of Cheshire and the Moors of Derbyshire. On a good day see the mountains of Wales.

Ultimate in refreshment, this Helles lager has been a pet project of the brewery team for years and now finally we are able to release this delicious lager as a limited edition.

Beerspiration: Rumour has it that there is a coven of Wincle Witches in the area with the faces of Angels and the ability to party like no others…

A subtle blend of malt and Autumnal fruit hoppiness. An enduring crowd pleaser this is an original that keeps on giving

Beerspiration: Meet Peter – local and rambler extraordinaire – inspiration for the beer and indeed our 2020 walking series

An original premium bitter – enduring in our line up and for good reason.

Beerspiration: A beer created in honour of a local adventurer Squire who accompanied Shackleton to the Antarctic in 1908.

Beerspiration: Christmas. Christmas. Did we mention Christmas? Seen now as a yuletide tradition by many this incredibly rich and complex vintage ale has notes of Christmas. Favoured by Peter in the team as the perfect accompaniment to mince pies and the fireside on a cold winter’s afternoon 😋

Legendary and award winning. Wallabies on the roaches. Unconfirmed reports that Wallaby makes you Wibbly

Beerspiration: Tasmania meets the Roaches… allegedly released after the war a colony of Wallabies made the Roaches home. Last known sighting in Feb 2009

So…. go on order one (or two) from our Online Shop for your nearest & dearest.

We now serve Guinness [almost] on draught – we’ve got a “surger” which makes the beer almost identical to draught (see below).

The harp, the gold and the signature of the brewery’s founder underline Guinness’ epic status. This beverage with its inimitable taste and lineage enhances its flavour and aroma through the use of roast barley grain. Black but fluid, its contrasts are heightened. Its darkness is only emphasised by its legendary creamy head – the result of a technique which involves injecting nitrogen while serving the drink under pressure.

To satisfy all knights on their quests around the world (where beer pumps are unavailable), Guinness invented a system in 1988 to enable the beer to be brewed in the can : the floating widget. Thanks to the action of a sphere which is perforated through the centre, when the ring-pull is removed the drink gains its all-important creamy head in the glass.

And for those who offer knights shelter, but lack the equipment to serve the beer under pressure in their establishment, Guinness invented the Surger in 2006. This simple and ingenious apparatus enables a beer to be served that is identical to draught. The emission of a sound wave causes an abundant, attractive head of foam to appear as if by magic.

However it is served, though, a Guinness remains a Guinness, with the same full black body, the same creamy white head and above all the same universally recognisable flavour !

Well we did it… we opened… it was a bit strange as we were restricted in what we & the customers could & couldn’t do. But we got through it and saw lots & lots of people.

So, a big thanks to all who came to see us.

We’ve learned a few things from the first night, so we’ll be putting them into practise starting Thursday.

For example, we realised that taking orders and serving tables at the same time is too slow and restrictive. So from Thursday you’ll be able to go to the bar – strictly one at a time & socially distancing – to order drinks. If it’s a small order then you can wait and take it to your table. If it’s a bigger order (or if it’s busy) then we’ll ask you to go back to your table and we’ll bring it over when it’s ready.

There are a few more ideas we’ll be doing to help speed things along.

Hope you’ll join us again or for the first time.

We obviously need to get all the correct safety measures in place as per government guidelines – which we should.

Space will be limited but we’ll be offering table service inside and outside – hopefully it’s a sunny weekend. We’re not taking table bookings at the moment so that we can welcome everyone who’s supported us.

Then we’ll be opening from Thursday July 9th. Thursday, Friday, Saturday, Sunday will be our normal opeing days for the moment. We’ll also have food available from Eat Homemade (menu tba).

So next week we’ll be suspending deliveries so that we can get the bar open and food onto the online shop too.

An update of where we’re at now.

Obviously we still can’t open but we’re ready now, so when we get the nod :o)

We were aiming to be open yesterday (March 21st 2020) for our Open Day – not an official Opening Night. There was going to be a market, “Make It Marple”, on the street outside the bar but this was cancelled due to the COVID-19 outbreak.

We’d got a Temporary Events Notice which allows us to open for one day only. We wanted to show everyone where we’ve got to with the bar.

And now, even if we get our Premises Licence in the next few weeks, we can’t open!

When we do open we’ll have food available through Dan at EatHomemade. We’re not cooking on the premises but it’ll be served up in small portions – the final menu hasn’t been decided yet – we’ve obviously got plenty of time for that now! Go have at look at what he’s doing at https://www.facebook.com/EatHomemade.Marple/

We’ve just got to wait & see what happens over the next month or so. Hopefully we’ll be able to open soon.

Saturday March 21st 2020 is the first Make It Marple market on Market Street.

We are open for one day only. We have a Temporary Event Notice so come in, buy a drink, look around & see what we’re up to. 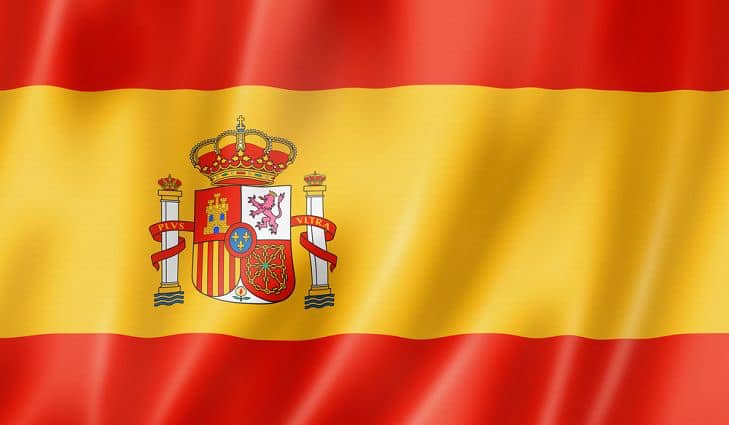 It’s Spanish Night this Saturday 27th July 2019 at Aggie’s Bar because we’re having a Tapas and Paella night in conjunction with All Things Nice.

£25 per person for Tapas and mixed Paella booked through All Things Nice, places still available.

There will be smaller dishes for walk-ins subject to availability.

For the authentic taste of Spain we have Estrella Damm and Corona on offer at £10 for a bucket of four.

We also have a lovely Rioja for the wine lovers .

We look forward to seeing you

This Saturday we have Pizza Night with Richard Morris from All Things Nice cooking hand made pizzas to order.

There will be two options:

Price – Pizza and bottle of beer or small house wine for the bargain price of £12 served between 6 and 9 pm.

We have an amazing Easter cocktail “Death By Chocolate” – the name says it all 😀. It’s vodka, chocolate liqueur, chocolate sauce, cream and more chocolate!

We are also open on Easter Sunday between 12 and 5 pm. Kids are welcome and we will have some Easter treats for them so please bring them along.

It’s looking like the weather is going to be great so we can make the most of the outside seating.

Hope to see you all soon